Kat the Dog at the vets

Posted on May 1, 2018 by Alyson and Dave Sheldrake

For those of you that know us well – you will know that we adopted a little rescue dog over three years ago now. Kat is a Spanish Water Dog; she is a beautiful sweet girl, and she is a very important part of our family, and much loved.

We are sharing this post to give you some important links and recommendations, as well as letting you know what has happened as it may help someone else and their dog too.

We had used the same vets here in the Algarve since we adopted Kat. Almost a year ago we noticed a fatty lump appear on her back and mentioned it to the vet. “Oh, that’s ok, it’s just a fatty lump, just keep an eye on it” we were told. Fast forward to last November when her annual jabs were due, and a different vet at the practice glanced at it again but didn’t seem at all bothered by it, joking that as she was a ‘little bit’ overweight, that was where the fat had come from in the lump.

We continued to watch it carefully – and over the winter with her longer winter curly coat it seemed to change – so we went off to the groomers for a spring trim so that we could see what we had on her back better. First recommendation – the new groomers we were recommended in Portimão were excellent: 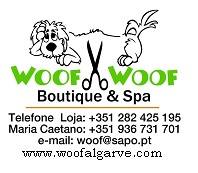 We then mentioned the lump to a friend who has dogs of her own and lives locally and she highly recommended the Vet Hospital in Portimão, and gave me their details. Dra. Carolina Rocha was duly booked for an appointment the very next day (a Tuesday). We were immediately impressed that we had a call from them on the Monday evening to introduce themselves, and to find out a little bit more about Kat and what the problem was – and also to reassure us that she would be in very good hands at her appointment the following day. We were also happy that we had followed our instincts and hunted down a different vets practice for a ‘second opinion’ – and that was before we had even met them!

We trotted off to their practice on the Tuesday, and apart from having fun trying to find somewhere to park we found them fine. (They are located on the road behind the main Avenue Guanaré – the road that runs from the Museum down past the petrol station parallel to the river) – they are between the Renault garage and the Mercearia Bio café turning, next to a Chinese shop.)

They asked all the usual questions, and seemed surprised that the previous vets had not taken any samples or done any tests. Off Kat trotted to have samples taken for testing, she was perfectly at ease with the staff who were lovely with her, very gentle and patient. Our first surprise was the fact that they said that they would have the results by the end of the same week, Friday. We discovered that they have labs on site and can do basic tests ‘in house’ which was great news.

We had a nervous few days – then on Friday we received a call from them to say that Dra. Rocha wanted us to come in and see her to talk about the results … needless to say that was not what we wanted to hear! Dear Kat, she is so precious to us, but we were also realistic that if it wasn’t good news, it was better to find out and do something about it. The vets then said “Come in on Sunday morning at 10am, when Dra. Rocha is next working” – “that would be Easter Sunday?” we said .. “Oh yes, that’s fine” they replied. The practice is open 24/7 all year round with an ‘out of hours’ emergency set up too.

Sunday morning we returned (it’s much easier to park at the weekend!) and Dra. Rocha was brilliant, she had all the results laid out for us, she explained everything very clearly for us, and we agreed that the best way forward was surgery to remove the lump, which had signs of ‘turning into a cancerous lump’. She reassured us they would look after Kat, that they would run tests beforehand to make sure that she was fit for the anaesthetic and the surgery (she is about nine years old we think – it’s hard to tell with a rescue dog) and that her heart and all her other tests results had come back really positive. So that was Easter Sunday – and her surgery was booked immediately for the Tuesday morning.

It was scary and yet we were reassured and felt that Kat would be in very good hands. It was also great to know that we only had to wait until the Tuesday; I am not sure we could have managed to wait a long while once the decision had been made. We were given advice on what to do and not do on the day, and on the Tuesday morning we took her over there, hugged her and told her we would be back to get her in time for tea (!). They promised to ring us as soon as the surgery was completed.

Needless to say – I was a bag of nerves all morning! I had planned a ‘busy day’ to try to get through the hours ahead, which included doing the weekly shop at Continente to keep me occupied! I was at the trolley bay about to start shopping when my phone went – it was the vets! My heart was in my mouth – it was only 11.30am – surely that couldn’t be good news that early??! They were lovely – all was fine – surgery was already over, it had gone really well, she was sleeping. We can pick her up at 4.30pm. OH MY! I have to admit – I blubbed in front of all the trolleys and shoppers – sheer relief!

As strange coincidence would have it, the friend that recommended the vets happened to have one of her dogs in the vets at the same time, and she did the sweetest thing, as she popped in to see hers, she knows Kat and went to find her and give her some fuss and reassure her. She then came round to our house to tell us what she had done and to let us know that Kat looked fine, just sleepy. There are some very lovely people in the world!

We were there (early!) to collect our little monkey who trotted out looking absolutely fine, albeit wearing a plastic collar to protect the wound .. which lasted all of about ten minutes as she bounced into every wall and car as we walked her back to our car, bless her she just couldn’t get her head round it (literally!). She is such a star though, she didn’t need it anyway. She had a big plaster and shaved back which did look rather impressive. She had also had her teeth cleaned and two teeth removed, although that didn’t seem to bother her at all! 10 days of rest, 10-minute walks, and no jumping around until the next appointment back at the vets, and we were off home. The results from the lump which was being sent to Lisbon for analysis was also due back then.

Kat was an absolute star, tired, but none the worse for her adventures, and determined to trot around as normal. We were just so relieved to have her home again, and ruined her with roast chicken, a new (and very yummy!) brand of softer food due to her tooth extractions, and mountains of love and time. She was not left along once in the following ten days!!

Taking the bandage off the day after the operation was less of an ordeal than we thought it would be – and gave us chance to see the wound for the first time – look away now if you are squeamish!

The food we mentioned – which we can highly recommend, has now replaced her previous fare. Lily’s Kitchen is a fabulous range of natural and organic food which Kat absolutely loves! You can find out more about them via this link here:

(You can buy it out here but it is much cheaper to buy it online and have Direct Transport bring it out in their nice shiny lorries!!)

She seemed to heal really well and quickly – here she is only a week after the operation:

The vets were great again – as soon as the results were back from Lisbon they contacted us early and emailed us the reports – our new favourite Portuguese word is ‘benigno’ .. it was a benign tumour. Oh the relief!! We really appreciated that they did not make us wait until the Sunday to know the results, they let us know as soon as they were back. So then it was just a case of go back on the Sunday, have the wound checked (the stitches were all dissolvable and inside!) and we were home again.

She took the ‘rest’ part very seriously – she does like to sleep!!

Less than two weeks later she was back to her old self – the wound was healing brilliantly and her fur already growing back – and she was back to rolling on her back to get her tummy rubbed and grinning broadly:

We cannot commend the vets at the Hospital Veterinário de Portimão highly enough – they have been brilliant. Professional, calm, and knowledgeable, and very patient with us and Kat. Their set-up is excellent, with the latest equipment and trained staff. We are delighted to have found them.

They were also very reasonable too! The total cost of the initial consultation visit and tests (44€) and the surgery itself and aftercare (280€) was surprisingly affordable and not a shock at all.

The final recommendation goes to our Pet Insurance company, ProtectaPet – you can click the link here to visit their website:

They were fab, they recorded everything, gave us advice over the phone (beware if you try to ring their phone number on the policy though as it begins with a 96 number – which is a landline number in Spain – but without the all important +34 in front of it, you actually end up ringing an irate Portuguese old woman who is probably fed up of Portuguese pet policy holders ringing her up by mistake!!)

Protectapet made it very easy to complete the claim form and paperwork (it can be completed in Portuguese or English) and a week later we had full reimbursement (minus the excess) agreed and sorted out.

We have spoken to several friends with dogs since, and a couple of them admitted that their dogs also each had a lump that they had been told was ‘fatty and not to worry’. They have both since booked appointments with their vets (or a new vets!) to get a second opinion!

And Kat – well she is healing nicely! 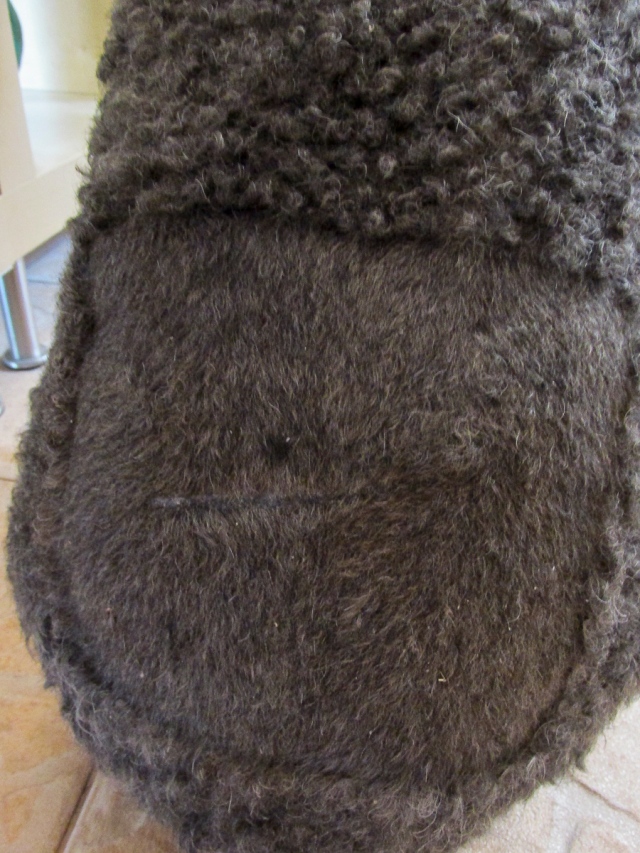 Our little one is so precious and special – we are just delighted that she is fine now and can go back to enjoying her long walks on the beach every morning with me.

And – of course – sleeping!

This entry was posted in About us, Businesses, Healthcare and tagged Animals, rescue dogs, vets. Bookmark the permalink.

14 Responses to Kat the Dog at the vets