Posted on November 7, 2016 by Alyson and Dave Sheldrake

The Parque de Feiras e Exposições in Portimão is once again the setting for the annual Feira de São Martinho, which is apparently the oldest fair of its kind in Portimão, dating back to 1662.

We blogged about this fair last year – you can read that post here via this link:

The Chestnut Fair arrives in Portimão

To be honest, nothing much has changed since last year – it’s the same bright and brash fairground rides, fast-food stalls and bewildering array of clothes / shoes / toys and food stalls that populate this event each year.

It’s nice that the first thing that greets you though are the chestnut sellers – as this is the theme and tradition of the fair:

The heady scent of smoke and chestnuts hits you as you enter the park area:

And then you are quickly passing the tempting churros and farturos stalls:

Always a tempting sight – especially as a fartura only costs 1€

And plenty of ‘win a prize’ raffle type stands – catch these snakes! 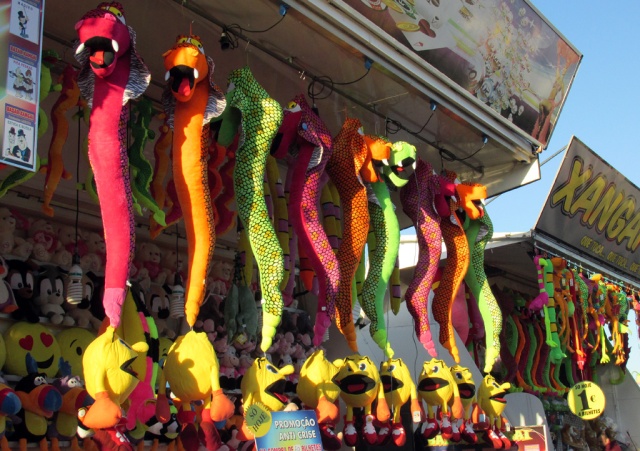 And then possibly the most bizarre part of all – the inside arena area is once again transformed into a giant car showroom for the week: 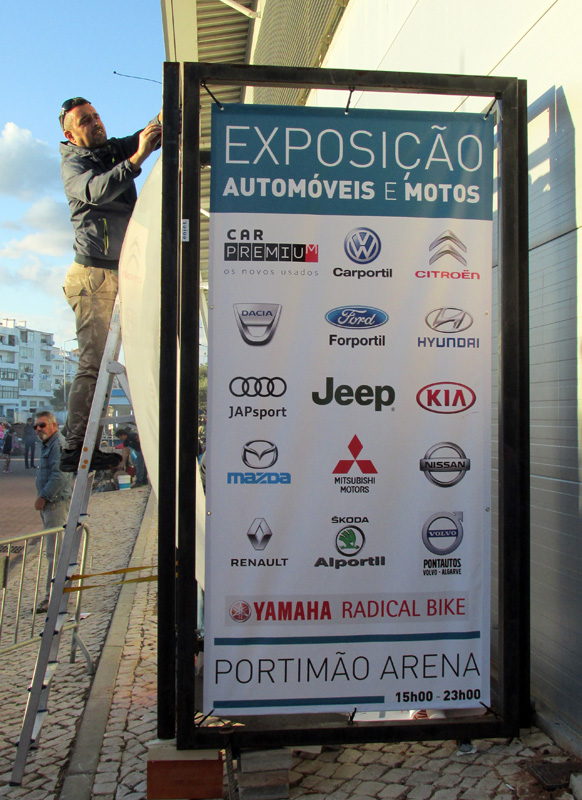 It never seems to fit the theme of the fair for us! 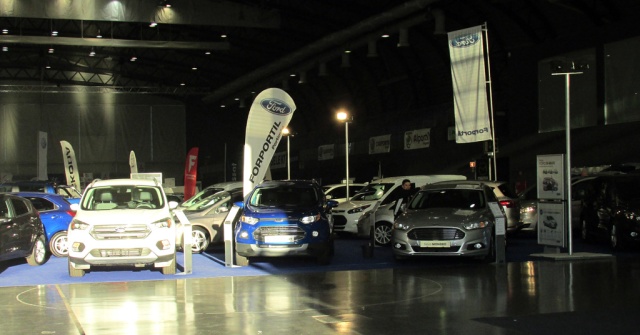 Lots of brand-new shiny top of the range cars for sale .. alongside the fartura stands and fairground rides!

It’s a great centrepiece for a photographer to have fun with too! 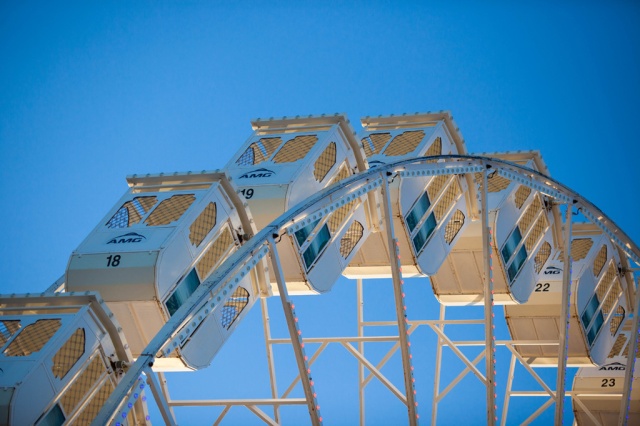 Our friendly pirate is back again in the Haunted Castle – it has to be said, he doesn’t look any healthier than he did last year! 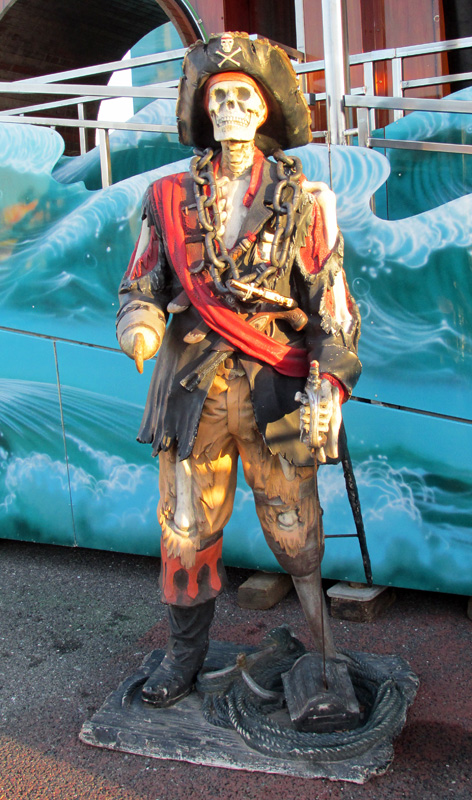 He really should explore one of the many food stalls that scatter the area .. there are plenty to choose from:

We loved the cheeky chappy in the Presunto stand!

No trip to the fair would be complete without a tour around the clothes / shoes / handbags and toy stalls:

There is certainly plenty to choose from – if it is all rather repetitive! 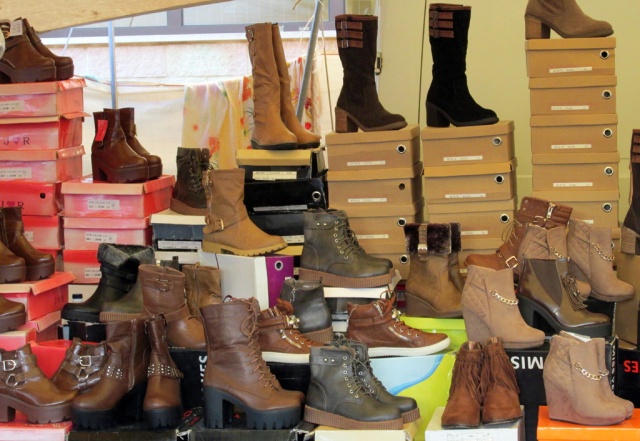 We loved the inventive way the jeans were displayed though!

A nice surprise was finding an array of stalls actually selling traditional Portuguese and Algarve products too: 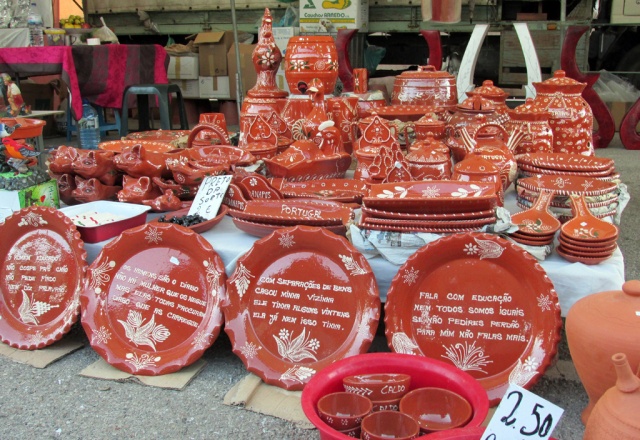 And some nice cork products too: 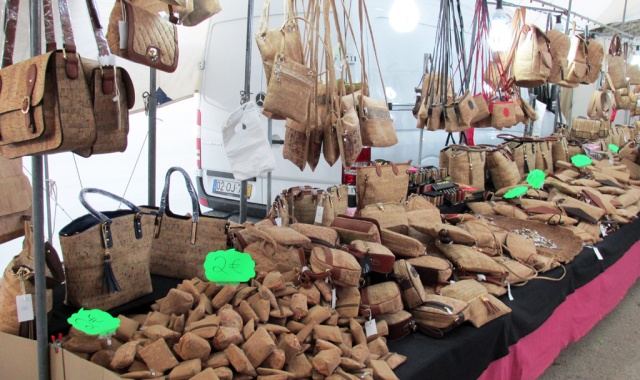 And some lovely stalls selling local produce and food:

Look at the size of these tomatoes .. they were like small marrows! 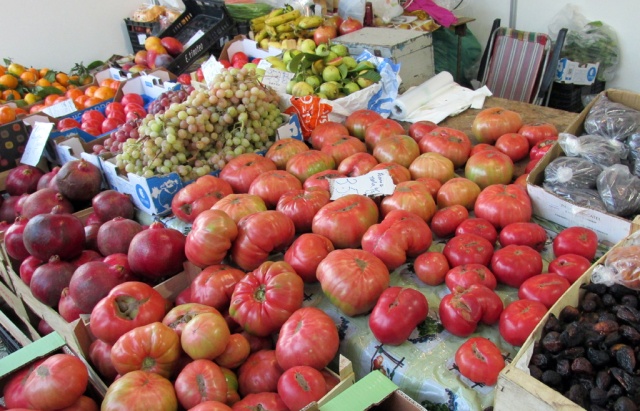 And the tempting ‘cakes of love’ …

And Kat the dog’s favourite stall – the one selling hunks of presunto:

There’s always time for one more walk around the fairground – most of the rides were about 2.50€ – so not that cheap if you have a family and they want to spend the evening there .. but fun for a while! 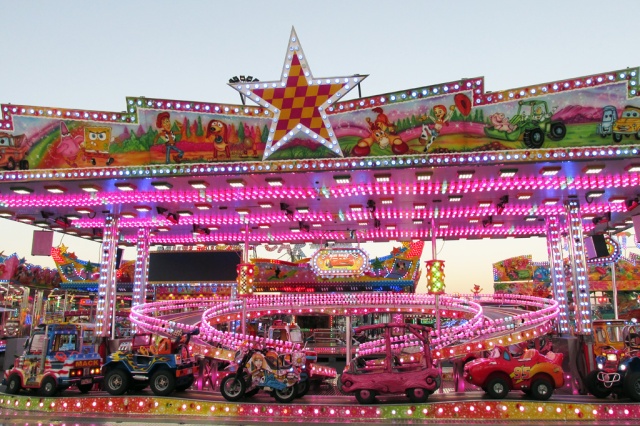 It certainly gets busy as it gets dark .. last weekend was very busy – and the fair runs until Sunday 13th. Opening times vary – as best as we can research they are as follows:

It’s the people at the Fair that we love the most – like this fab shot of the man that was doing something to the octopus – polvo – we have no idea exactly what he was doing though!

And for us – despite all the noise (and it really does get noisy!) and the lights and music and fairground rides – the best part for us is the traditional chestnuts roasting and the 2€ bag of a dozen hot chestnuts that we sat on a bench and shared before we went home … 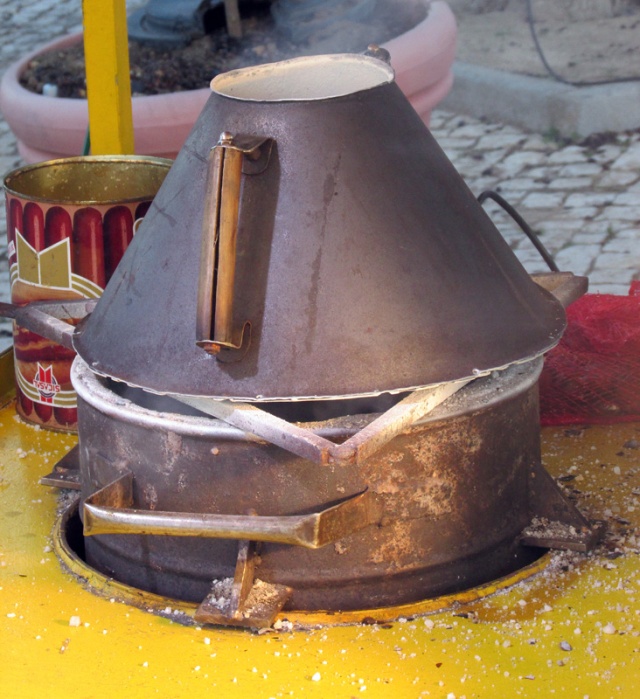 This entry was posted in Algarve, Eating out, Events, News and information, Places to Visit, Shopping and tagged Culture, days out, eating out, events, exhibition, Food, Portimão, Portuguese people. Bookmark the permalink.

Leave a Reply to Alyson and Dave Sheldrake Cancel reply