Posted on August 8, 2015 by Alyson and Dave Sheldrake

It’s that time of year again – when the town of Silves is transformed into a 12th Century Medieval wonderland … we can’t quite believe a whole year has passed since the last fair! There have been lots of posters and adverts around this year to get us in the mood so we were there nice and early on the opening night to take lots of photos to share with you all.

There was already quite a queue at the ticket office – and with prices this cheap it’s hardly surprising – you can buy a ticket for entry to the town for only 2 euros for a night – but it’s only 4 euros for a wristband to cover all 10 nights!

The Axarajibe Evening in the castle, or the Jousting contest with horseback riders is an extra 5 euros each event; or you can pay 35 euros and gain entry to everything including having your own outfit hire for the evening.

You can even exchange your euros for the local xilb currency – the coins are quite impressive! 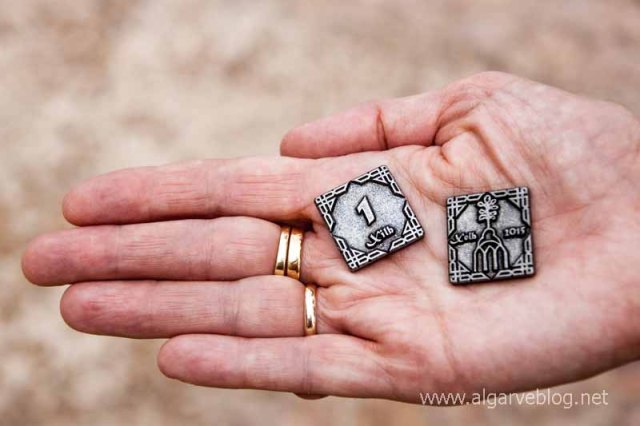 It’s worth heading to the area around the Praca Al-Muthamid gardens if you arrive before 6pm, as you can see many of the entertainers and musicians before they begin the nightly parade (due to set off at 6pm .. but it might be a bit late!)

The Viv’arte group are always amazing with their costumes and finery – and very true to life too!

We met up with old friends again last night – there were so many friendly faces that we recognised from previous years:

It’s obviously a time for many of the actors and groups to meet up again too:

And it’s not just the humans that seem to enjoy the parade!

It’s the little attention to detail that often sets an outfit apart – some of the costumes and accessories are fabulous: 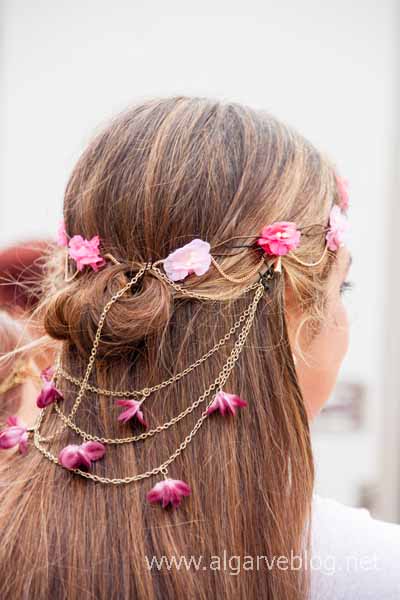 The ‘chief’ of the parade is always hard to photograph!

And of course our friend Denise with her belly dancer troupe was there, all ready to set off and dance in the streets!

Some of the outfits and costumes of the characters are a little less flattering however:

Although all of them are amazing to see! There are lots more shots of the actors in the gallery at the end of this post for you to enjoy too.

And then it was time for the parade to set off, complete with medieval music, drum banging and much excitement:

It’s a great opportunity to capture some great candid shots of the actors too:

With the right lighting – they really do look amazing!

And if you are really lucky – you can capture a tender moment of friendship too: 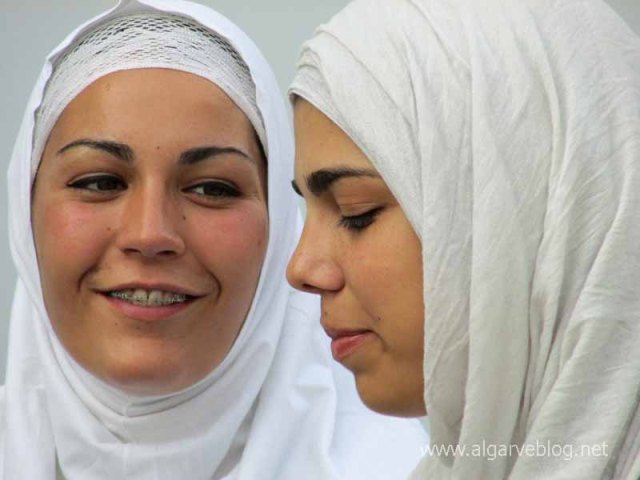 And some great expressions!

And then it’s off up into the main streets to enjoy all of the bustle and atmosphere of the event:

There is so much to see and enjoy – with a wide range of items for sale and on display. 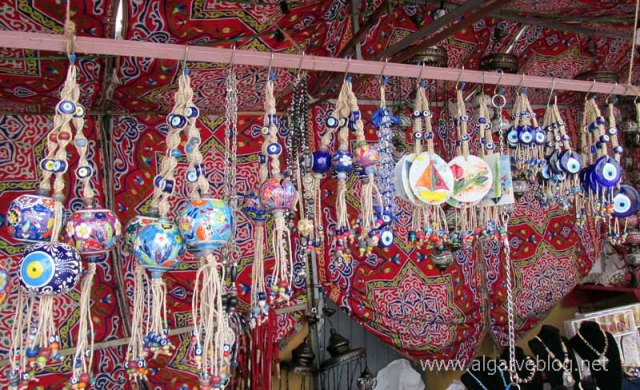 The colours are so vibrant:

We were almost tempted by one of the brightly coloured tea-light holders: 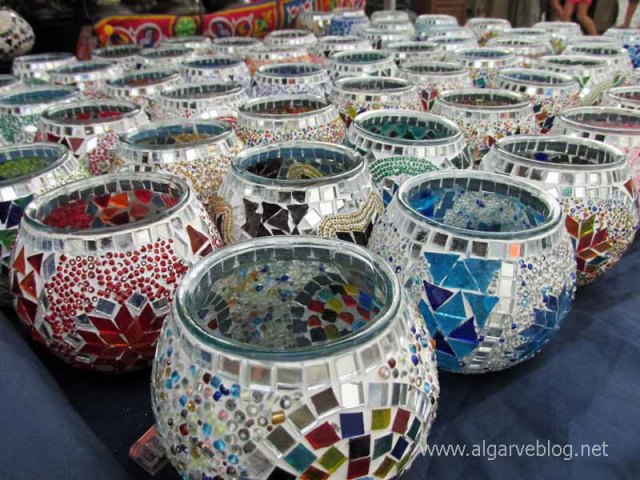 This one made us giggle – an Aberdeen Angus sporran handbag! (more about that later!) 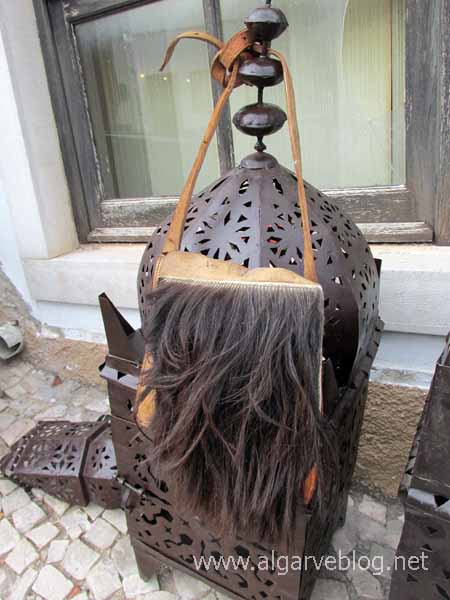 The parade wends its colourful way up through the streets:

A good place to go is the Cathedral as most of them will assemble there once they have travelled through the streets:

And it’s a chance to see the belly dancers in action: 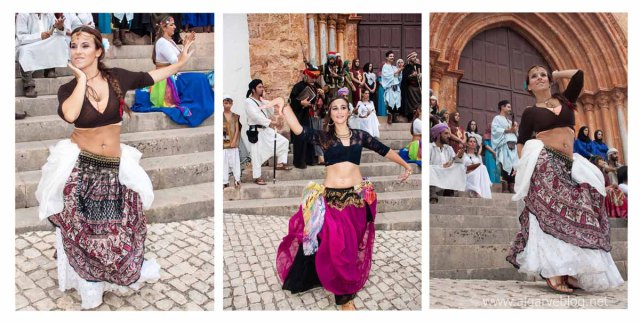 With music, dancing and snakes – there is something for everyone! 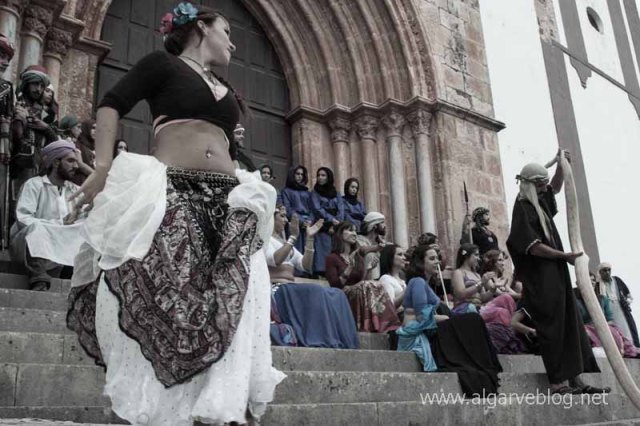 There are several maps displayed to help you to find your way around – it’s a big site, with lots of side streets, and cobbles – watch out on some of the steep slopes as it can be quite slippery!

There’s plenty of food to choose from – hog roast anyone?!

You could be served by one of these cheeky lovely people! 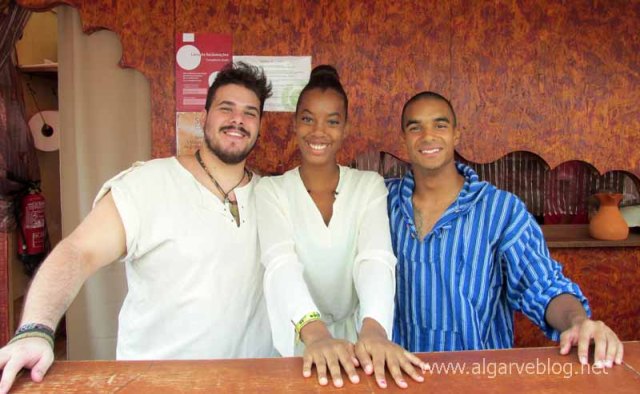 Or pick up a giant meat kebab – freshly cooked of course

And then it’s off to do some more shopping and browsing of the stalls: 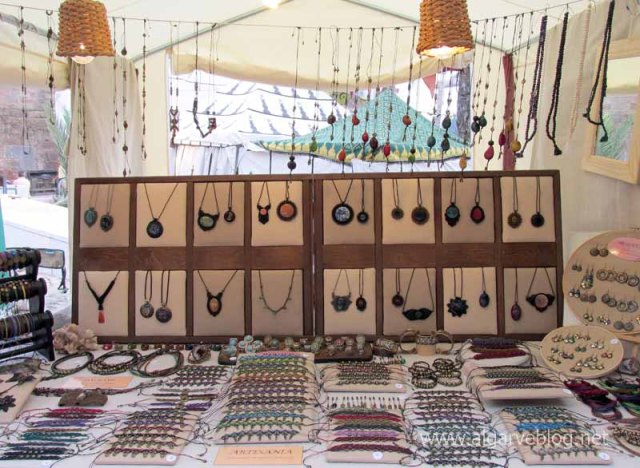 The displays are all beautifully put together and so colourful:

Although some have quite scary labels!

There is so much for all the family to enjoy here

– and something seems to happen on every corner:

We loved these jugglers who were just sat at the bottom of the steps of the cathedral having fun entertaining the crowds:

There are so many magical moments to capture:

It’s become a bit of a tradition of ours to photograph this model every year!

And of course the Medieval Fair just wouldn’t be complete without Sergio and his swords! Here he is trying out his ‘mean’ face!

You can find all sorts of things for sale here: 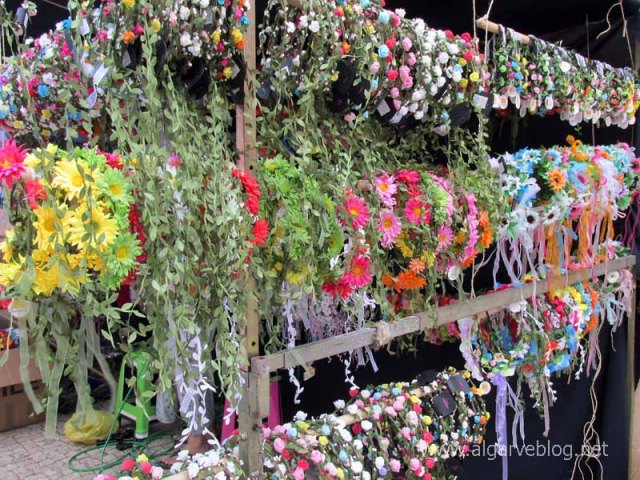 And even buy your own Arabic costume:

One of our tips for the event is that if you want half an hour to rest – and not have to queue for food – just pop outside of the main area and eat at one of the restaurants in the town – we had a fab meal of Aberdeen Angus burgers (see I told you they would return!) at the Café & Companhia snack bar:

Just remember to get your hand stamped at one of the exit points before you leave the area if you only have a ticket for that day and you think you might want to go back in again!

And then it was back into the thick of it all to enjoy some live music – Cornalusa play really vibrant traditional music and they were a great way to round off our evening. 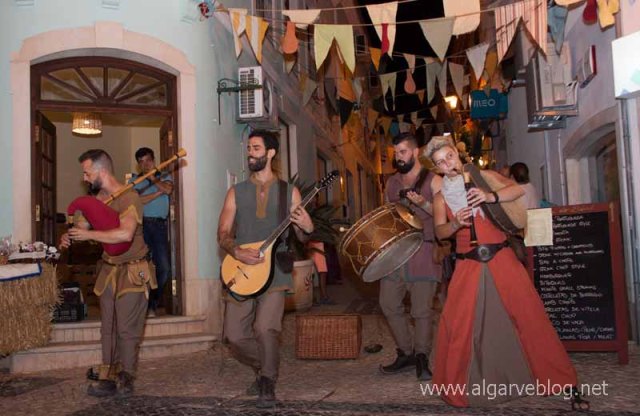 There is so much to see and do – we’re sure that our photos have only given you a flavour of it all – we can heartily recommend this as a fantastic night out – and be warned – if you go once – you’ll be back!! It’s on every night from 6pm to 1am until Sunday 16th August.

You might also enjoy some of our posts from previous years as well:

Shopping at the Silves Medieval Fair 2014

The People of the Silves Medieval Fair 2014

POSTSCRIPT! The dates for 2016 have now been released!

If you have enjoyed our photos – there are lots more in the gallery below for you to enjoy – and if you are featured in any of them and would like a digital copy – please just contact us via our email a3art@live.co.uk

We will be putting them all up on our photography site for you to download free of charge – it’s our way of thanking everyone involved for putting on such a great event.

This entry was posted in Algarve, Eating out, Events, Places to Visit, Shopping and tagged Culture, days out, eating out, Silves, Silves Medieval Fair. Bookmark the permalink.