Posted on August 7, 2012 by Alyson and Dave Sheldrake

“I’d like to do a story about the medieval ages where in every scene you’d sort of feel that you were in the 12th century. That would be great to get that feeling” Oliver Stone 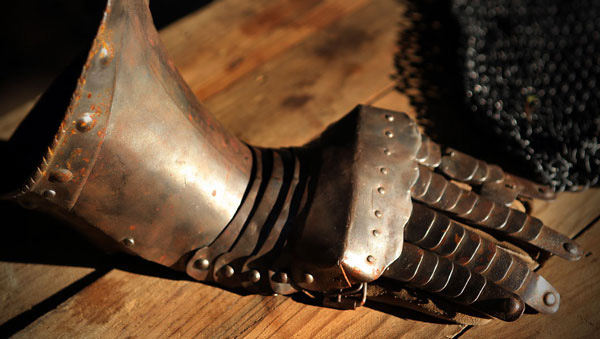 As promised, a post to share the wonderful sights and colourful spectacle of this year’s Silves Medieval Fair – we did warn you that we would be visiting this more than once and we actually managed to go on five different nights … fabulous!

For the first time this year, you had to pay to enter – but we only paid 4 Euros each for a wristband that gave us access for the whole 9 nights. It cost more if you wanted to actually go to the shows each evening, but we were more than happy to just wander round, soaking up the atmosphere and the sights – and as you will see from the photos – we had a great time and made lots of new friends too!

One of our favourite things was meeting the actors of the Viv’Arte group – the theatre company from Aveiro, central Portugal, who were drafted in by the Silves’ Câmara to ‘save the day’ as the Fair was under threat this year. The company were responsible for funding and promoting the event, as the Câmara did not have the necessary finances in place to hold the event. I have to say – the theatre company did a magnificent job! They specialise in historical re-enactments and brought a vigour and energy to the whole week.

They also enjoyed having their photographs taken!

Special thanks go to Tiago and ‘the little one’ who were delightful and always seemed so pleased to see us with our cameras!

Tiago was a very special young man, with grand ambitions for his future acting career – let’s hope he makes it!

And ‘the little one’ (Laura) wins the award for ‘shot of the week’ – those eyes were truly stunning!

We also made new friends from the Belly Dancers troupe – a fantastically talented and colourful group – and boy could they dance!

With the stunning backdrop of the cathedral, they charmed the crowds with their vibrant dancing and music:

But I’m going to have to make a small blogger’s confession now … my favourites (by far!) were the Italian Gruppo Sbandieratori Fornovo flag wavers and musicians from Parma.

Hubby called me a ‘bit shallow’ at this point – but hey, what’s not to like about a bunch of rather dishy Italian men (and there were women too!) dressed in Medieval costumes throwing flags in the air to some excellent drumming?!!! 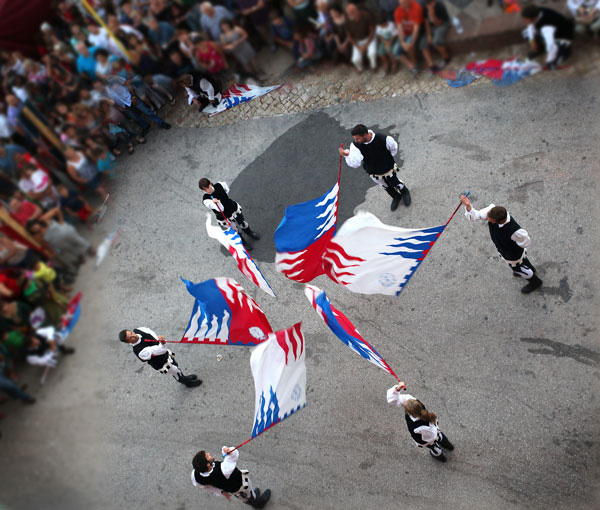 They were a very talented group!

The Fair never fails to thrill – from the first procession of the evening:

To the market stalls, full of colour, produce, Moroccan lanterns and spices:

And the street entertainers and musicians:

And all set against the wonderful backdrop of the historic town of Silves:

Let’s hope that the Câmara ensures that the Fair can return again next year! (Oh and if they can book the Italian Gruppo Sbandieratori Fornovo flag wavers again that would be great!!) 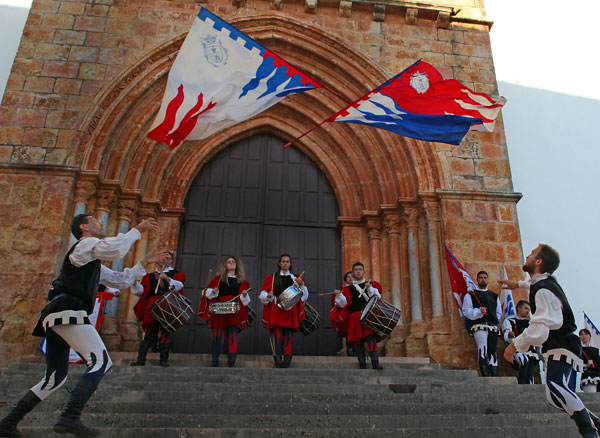 And for more images from the Fair, check out our Silves Medieval Fair 2012 album on Facebook

Thank you to everyone that allowed us to take their photograph.

This entry was posted in Events, Places to Visit and tagged Culture, days out, Silves. Bookmark the permalink.